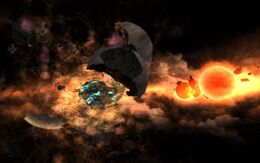 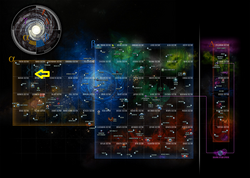 The Zaria System is a system located in the Raveh Sector of the Alpha Quadrant.

There is no life native to this system.

Alpha Zaria 30 is a hot G-class star that is very similar to the star at the center of the Sol system. However, it was not always so. The star was a cooler Class-K star in the early 22nd century.

Deferi scientists believe that the neutral metals in the core of the star came in contact with a source of protomatter, igniting the star and increasing its core temperature significantly. The resulting explosion destroyed the two worlds in close orbit with the star.