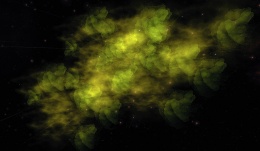 The Yan Nebula is an area in the B'Moth Sector of the Beta Quadrant. It is a staging area for Romulan warships, and the Nebula is used in a couple of Klingon Empire missions.

Missions in this area[edit | edit source]

Before Season 7 the Yan Nebula was called Azure Nebula. Following Season 7, it was renamed and a new Azure Nebula was added to the Tau Dewa Sector Block.