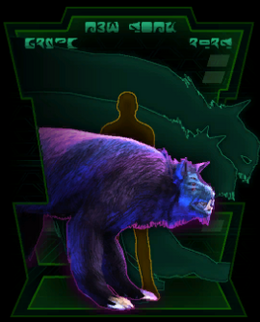 Vivver Cats are predators, similar to the Armored hatham. However, they hunt for survival, not for sport. They prefer to hunt at night, using their large claws and tusks to kill their prey. Their red eyes are a form of intimidation toward other predators.

The Vivver Cat used to be a much smaller creature, as evidenced by very old claw marks on the barks of trees. They used to be small and agile, perhaps due to a larger predator in the environment.