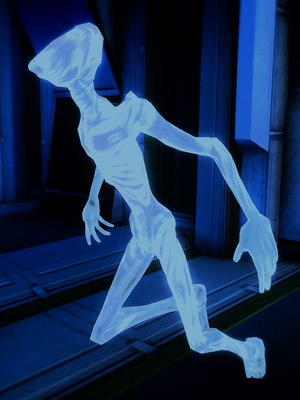 Visitors are the Devidian ground units most commonly encountered by spacefarers. Visitors appear to be the standard form of Devidian as first seen by the crew of the U.S.S. Enterprise-D in 2368. They are unarmed with any form of weaponry but are capable of attacking psionically to great effect.