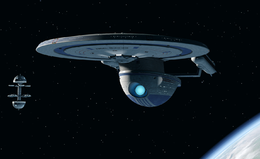 Engineering Team is a buff for your own ship or an ally which repairs hull and disabled systems over time and applies a damage resistance with increased Starship Warp Core Training and Starship Engineering Training for 30 seconds.