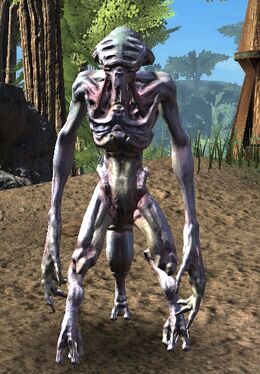 Undine Infiltrators are captain-level ground forces used by the Undine and serve as undercover agents, infiltrating Alpha and Beta Quadrant powers. Infiltrators look like a regular Recruit and wears no protective armor or clothing, appearing completely nude. However, the three-legged being has the same powers as a War Master, using its claws to infect enemies with disease in close combat.