The U.S.S. Voyager (NCC-74656) is an Intrepid-class Science Vessel renowned for her seven-year long solitary journey through the Delta Quadrant, as well her defense of Earth and Qo'noS during the Undine invasion of 2410. The current commanding officer is Rear Admiral Tuvok. 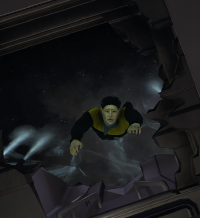 Voyager will also very occasionally appear in the Undine Battlezone and aid players in recapturing areas. 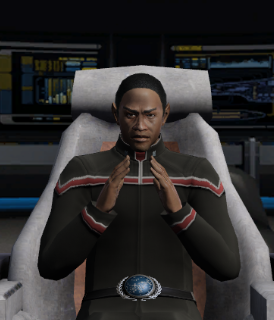 Tuvok, Commanding Officer of Voyager and former Chief of Security

With the launch of Delta Rising, Voyager was given a full show-accurate interior for missions taking place onboard the ship.