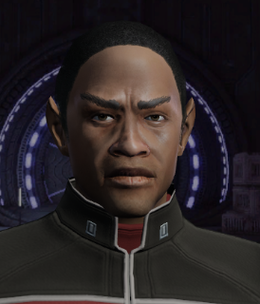 Rear Admiral Tuvok is a Vulcan Starfleet officer. He is best known for his tenure as the U.S.S. Voyager's Tactical Officer while the ship was lost in the Delta Quadrant from 2371 to 2378.

During the Praxis crisis in 2293, Ensign Tuvok serves on the U.S.S. Excelsior under Captain Hikaru Sulu.

From 2371 to 2378 Lieutenant Commander Tuvok serving as Chief Tactical Officer, is lost in the Delta Quadrant with the U.S.S. Voyager under the command of Captain Kathryn Janeway. During these seven years, Tuvok encountered numerous species, including the Borg, the Voth, and the Undine.

By 2401, Tuvok has retired from Starfleet, and attempts to convince the Federation Council to reconsider its position on the Klingon-Gorn War in the light of new evidence supporting the presence of Undine infiltrators in the Alpha Quadrant.

By 2409, Tuvok has returned to Starfleet and since been promoted to Rear Admiral. In the same year he commands Voyager. 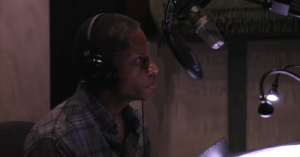