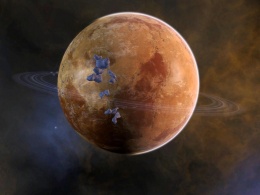 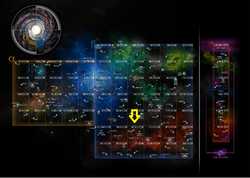 The Trimble System is a system located in the Xarantine Sector of the Beta Quadrant.

A ringed, Class-M world, Trimble shares many properties with Vulcan, including its vast deserts. A thick layer of clouds keeps the average surface temperature about 15 degrees cooler than temperatures in Vulcan's Forge, however, and snow in the mountains is common.