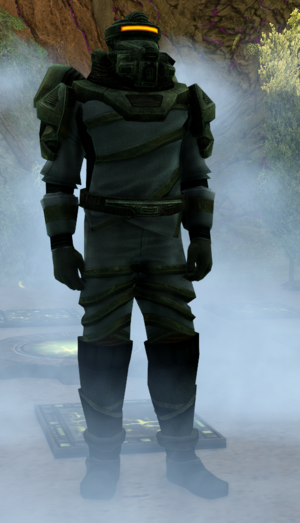 Thot is currently the highest known rank found in the Breen military, and is roughly equivalent to an Admiral or Captain. They are similar to Ak'cheds in appearance, but are taller, bulkier and possess an orange or red visor. They also appear to have additional armor around the "snout" portion of their helmet, as well as their neck and shoulders.

The two most notable Thots in Star Trek history are Gor and Pran, who led the Breen Confederacy during the Dominion War. Gor was the initial Breen representitive who formed the Confederacy's alliance with the Dominion, but was later replaced by Pran for reasons unknown. (Star Trek: Deep Space Nine)