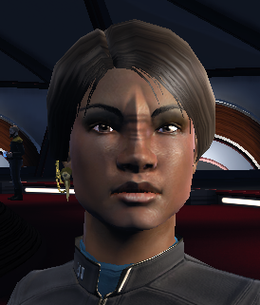 Unlike her religious brother, Inasi does not worship the Prophets but approaches them rationally as alien beings "worthy of study and contact". However, she proudly wears her earring as a symbol for Bajor and its culture.