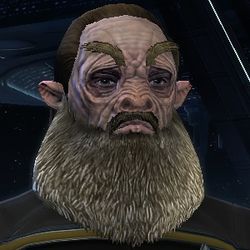 Tellarites are short humanoids from the planet Tellar. They have stubby noses and a very argumentative personality. They were one of the founding races of the United Federation of Planets, along with Humans, Andorians, and Vulcans.

Tellarites are a player race in Star Trek Online for the Starfleet and TOS Starfleet factions. The race is unlocked for all players starting with Season 5. 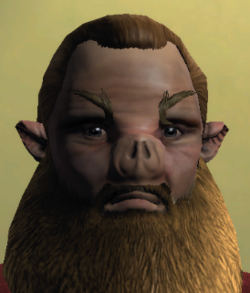 Tellarites are a stout porcine species with a distinguished snout. Sometimes they have hoof-like hands and feet. Their skin is pinkish-brown and coarse, and normally heavily covered with hair, so males tend to be bearded. Tellarites have a higher average body temperature relative to humans. They also have a greater perception of distance, dimension, and depth.

Tellarites are one of the four available races for the TOS Starfleet and, in keeping with the aesthetic of the series, those characters have the TOS head model for Tellarites available. Once a TOS character is levelled “The Battle of Caleb IV”, those options become available to standard Federation characters also.

Tellarites possess a stubborn pride and arguing is practically a sport on their homeworld. An argument is initiated by either a series of complaints or an insult. They enjoy mud baths and consider canine to be a delicacy. Among their strengths is a talent for engineering. 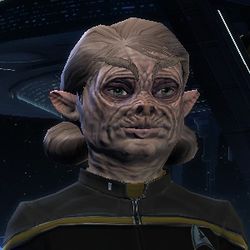