For the mission, see “Taris”. 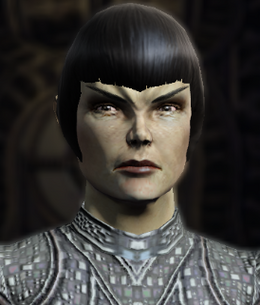 Taris was a Romulan and most notable for her tenure as Praetor of the Romulan Star Empire from 2391-2403. Since her first encounter with their technology in 2365, she was possessed by gaining the power of the Iconians which led to her indirect involvement in the Hobus supernova event that had caused the destruction of Romulus and Remus in 2387.

The Hobus supernova and rise to popularity[edit | edit source] 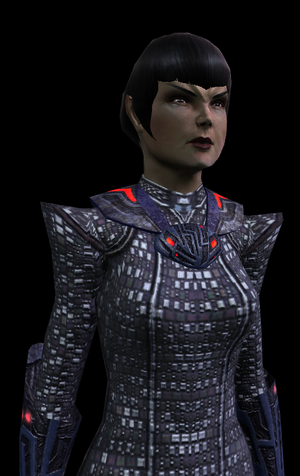 Taris after her rescue by the Iconians 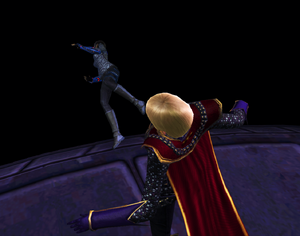 Sela pushes Taris off a platform in the Andromeda Dyson Sphere