The TOS Holographic Bridge Officers are bridge officers which are holographic recreations of the crew of the U.S.S. Enterprise. They have been given out as a set as special rewards, mainly as a convention reward.

They can also be purchased from the Zen Store for 10,000

under the name Procured Holo Enterprise Crew as part of "Mudd's Market", though it periodically goes on massive discounts (upwards of 85% during special promotional sales). 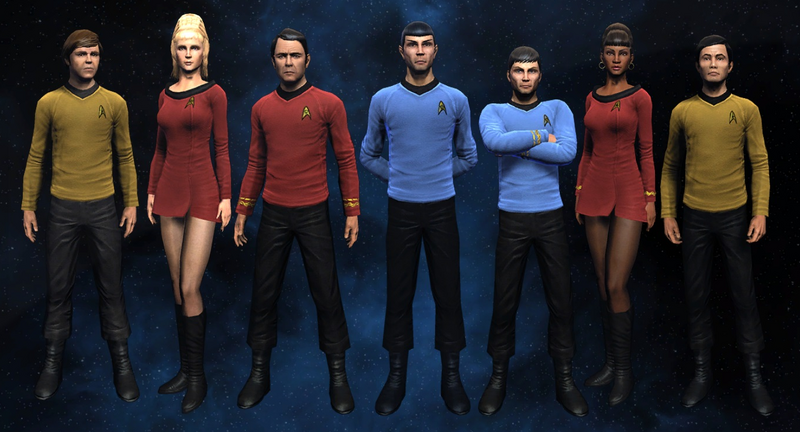