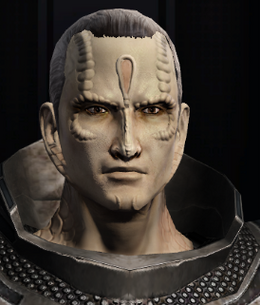 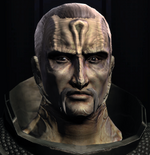 Surjan before he was redesigned in 2018

Gul Surjan is an officer in the Cardassian Civil Defense Force and former protege Gul Antos. He was recently granted command of his own ship due to a recommendation from Antos. Prior to switching to the command track, he was an engineering officer. Surjan's parents fled Cardassia Prime at the end of the Dominion War, and he was raised in a colony in the Atbar System. Surjan is also an accomplished artist; his work has been exhibited on Cardassia Prime, Bajor, and Andoria.