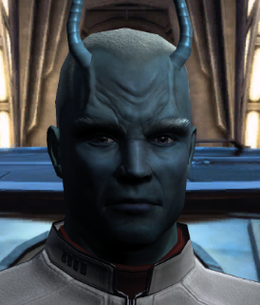 Captain Va'Kel Shon is a male Andorian Starfleet officer. In 2409, after commanding the U.S.S. Belfast, he takes command of the U.S.S. Enterprise-F, becoming the first Andorian captain of an "Enterprise".

Shon is from the Federation colony of Vega IX. He joined Starfleet in 2386 and worked as a liaison to the Romulans after the destruction of Romulus one year later. During his career, he would mostly serve as a tactical officer, however, teaching at the Academy and even facing the Borg Collective in battle.

When the Borg attacked Vega IX in early 2409, Shon's family is presumed to have been killed or assimilated. Shon starts to develop a serious case of survivor's guilt and would later become one of the most frequent patients of his counselor on the Enterprise. [1] 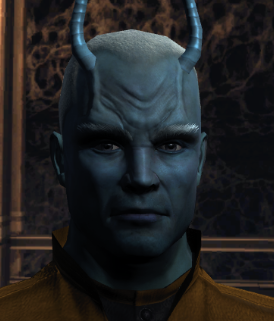 Shon as a laborer for the Tholians in the alternate timeline 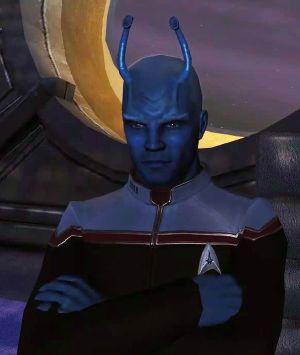 Cpt. Shon at the Borg conference on DS9 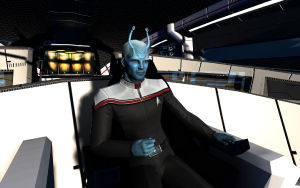 Shon commanding the Enterprise during the final battle against the Iconians