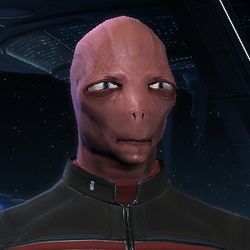 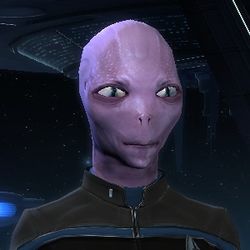 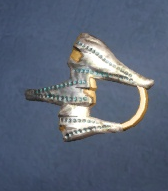 The Saurian symbol as a comm badge

Saurians, from the world of Sauria, are a reptilian species. In Star Trek Online Saurians are a playable race, and belong to the Federation faction.

Saurians are very distinct in appearance being mostly reptilian. Saurian skin tones typically range near red (such as red, purple, pink and brown). They also have very large lizard-like eyes.

Saurians are well known for their very potent Saurian Brandy. Saurians have been part of the Federation since the 23rd century. They are known to be a physically strong and very intelligent race. The president of the Federation in 2409 is a Saurian named Aennik Okeg.