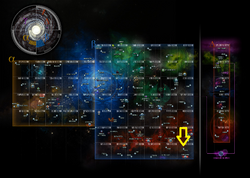 The Sanek System is a system located in the Sanek Sector of the Beta Quadrant. 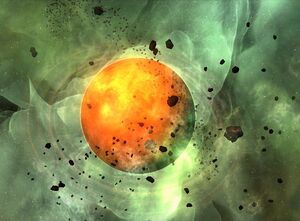 Sanek Prime and nearby debris.

Two terrestrial planets orbit a single star in the Sanek System. While the outermost planet is a grey rock, Sanek I is volcanically active and barely habitable. Its orbit is shared with debris left from the planetary formation period. Since the Battle of Sanek in 2409 wrecked Klingon and Breen ships can be found in the planet's proximity.