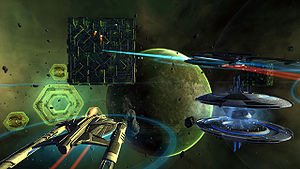 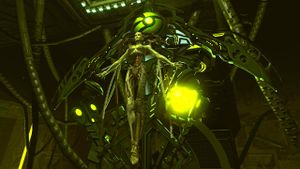 amongst others. They differ from Event-type missions in that they always offer several optional objectives in addition to the main mission goal. STFs are available in Normal, Advanced, and Elite difficulty, with enemies fought in Advanced ranging between levels 45 and 53.

On launch, STFs were longer and included their ground and space portions as a single mission. They were split up in Season 5 when they added Encrypted Data Chips as rewards.

(normal/advanced/elite) as well as Omega Marks (+25% for bonus objective) for Task Force Omega-projects in the personal Reputation System. Completing an advanced STF also rewards one [Borg Neural Processor], while completion of Elite rewards two BNPs, which are needed to unlock Mark XII items from the Task Force Omega faction).