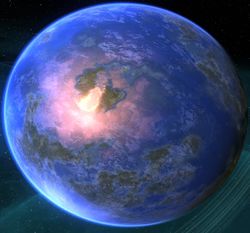 S'hinga Prime is a world located in the S'hinga System which contains a part of the Preserver star chart. The planet is surrounded by a ring of small particles, asteroids and gaseous anomalies, where a map of the system is encoded. In addition, the planet as a hollowed natural satellite, the Unidentified Moon.

S'hinga Prime is a L-class world with a diameter of 13,447 kilometers. It has an atmosphere of oxygen and argon compounds, with a high percentage of carbon dioxide. Primitive flora and single-cell organisms have been found on scans of the surface.

Both S'hinga Prime and its moon orbit a Class B dwarf star. 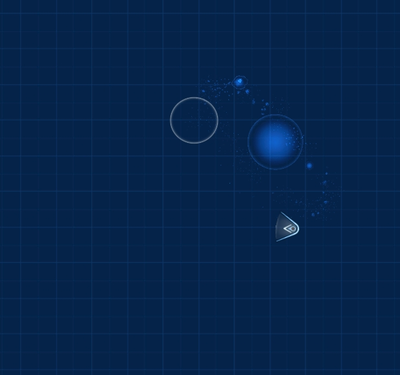