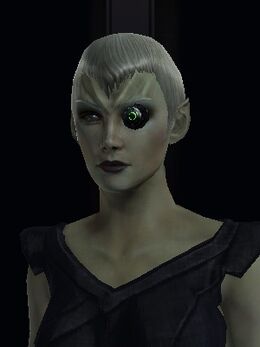 By default, the appearance of the liberated Borg bridge officer candidate is a Romulan civilian outfit, but this can be customized at the tailor as with standard bridge officers. This allows players to change body and facial characteristics, and use any uniforms available to them.

This bridge officer can currently be claimed only once per-account, and only if the Humble Bundle "Star Trek Online - Humble Trekkie Pack" is claimed on a Romulan faction character.