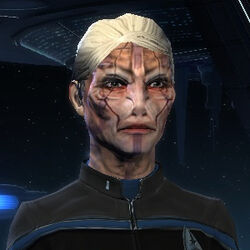 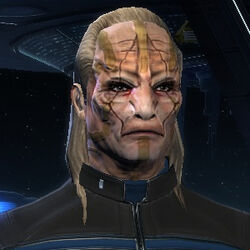 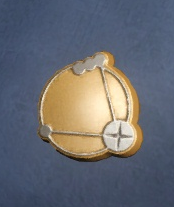 The Rigelian symbol as a comm badge

Rigelian are a humanoid race inhabiting Rigel V. Rigelians have been a warp capable species since at least the mid 22nd century, and took part in the 2155 Coalition of Planets talks which lead to the formation of the United Federation of Planets. Rigelians are a playable race in Star Trek Online for the Federation faction. Starting with Season 5, this race is unlocked for all players.

It is believed Rigelians have four or five genders. Their internal physiology is similar to Vulcans and Romulans, blood chemistry included. The three races also have similar neurology as they are each susceptible to Tuvan Syndrome, a neurological disease.