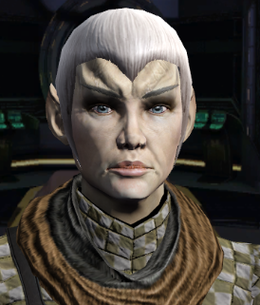 Rhian Cretak is responsible for the physical and mental health of the crew of the Lleiset. She also coordinates the Lleiset during relief operations to stricken populaces. She has served aboard starships long before the births of some of the Lleiset's crew. She had considered many times before to retire as a doctor on a colony world, but decided against it.