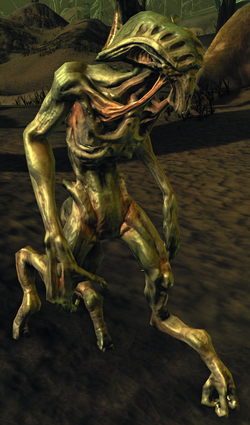 Recruits are the regular ground forces of the Undine. They can be recognized by wearing no armor.

The Recruit will use his Psi abilities and physical strengh to attack opponents. His long and powerful fangs are his primary weapon. From the distance a Recruit can also launch periodic Psi attacks, which are less powerfull, when not enhanced by a Psionic Damage Buff from a Psi Warrior.