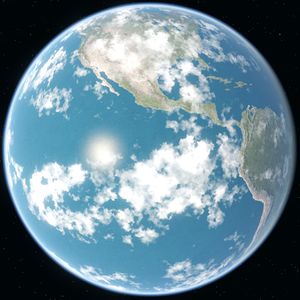 A planet is an astronomical body, usually orbiting a star, that is massive enough to be rounded by its own gravity, is not massive enough to cause thermonuclear fusion, and has cleared its neighbouring region of planetesimals. Most life originates on these worlds, with the origin planet of a species being known as a homeworld.

The Federation classifies planets (and similar astronomical phenomenon) by their atmosphere, temperature, vegetation, and size, denoting each grouping by a letter. For example;