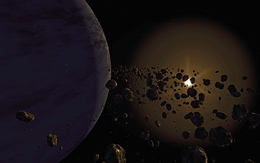 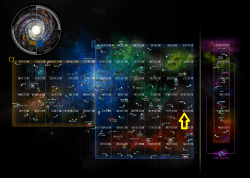 The Pheben System is a system located in the Pheben Sector of the Beta Quadrant.

The Pheben system is made up of six planets orbiting a Class G star. Three of the Pheben worlds are excellent sources of cormaline and pergium, and independent mining outfits are often seen in the system working unrestricted claims. In 2365, the I.K.S. Pagh was on maneuvers in this system when it picked up a strain of subatomic bacteria that fed on tritanium which severely damaged the ship. Since then, Level Six decontamination protocols have been in effect for all ships in the system.