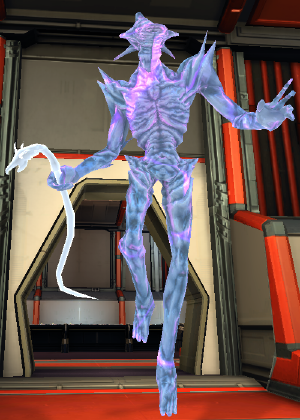 A Devidian Phantasm with Ophidian Cane.

A Phantasm is a highly powerful form of Devidian that acts as a coordinator for Devidian incursions into normal space. Phantasms are the only Devidians that are armed, a development which serves to heighten their lethality. A Phantasm is a highly dangerous enemy that can annihilate an entire team in a few seconds.