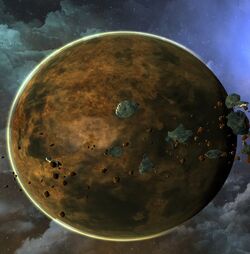 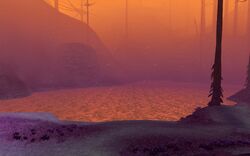 The New Link on Orias III

Orias III is the third planet in the Orias System and homeworld of the New Link and their followers, the Alpha Jem'Hadar, who regard the Changelings as gods. Decades ago, the planet belonged to the Cardassian Union but is now quarantined territory.