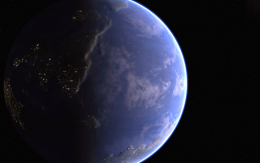 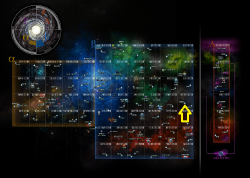 Narendra III has been a Klingon colony world since the mid-22nd Century. At its height, it boasted more than 47,000 inhabitants. In 2344, the colony was attacked and destroyed by Romulan forces. The U.S.S. Enterprise-C responded to a distress signal and singlehandedly fought three Romulan warbirds to protect the colony. The Enterprise-C lost the battle, but the attempt was seen as an act of honor by the Empire that led to renewed ties between it and the Federation. The Narendra III colony was rebuilt in the 2350s, but has not achieved the size or prominence it had before the Romulans' attack.