In War Games the player participates in routine combat maneuvers, but uncovers a deadly plot by Undine infiltrators. 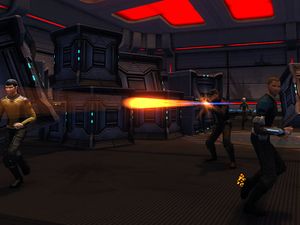 The player is ordered to participate in a combat exercise, to allow the player's ship and her crew. The player returns to Deep Space 9 in order to meet Captain Gorah. The Captain explains that he will be observing the player and that the combat exercise will involve simulated weapons fire and damage, such that no Federation vessels will actually be damaged.

After rendezvousing with the U.S.S. Athens in the Draylon System, the player is informed that the U.S.S. Carlisle will also be taking part, fighting alongside the player against the Athens due to its greatly upgraded systems. The exercise commences but something is wrong. The Athens engages live fire and destroys the Carlisle in its opening volley. The player's ship then engages and disables the Athens. The Athens stops responding to hails, so the player beams aboard to investigate what went wrong.

Once aboard, the away team finds a mysterious cargo and is attacked by the crew. The away team discovers that the crew of the Athens are not who they appear to be, and that the Undine have somehow taken over the ship and replaced all aboard her. The Undine are using isomorphic injectors to maintain humanoid form, but while in this form they are vulnerable. The player fights their way through the ship to reach the bridge. Along the way they meet Ensign Longworth who explains what happened and escorts the player to a jeffries tube that leads to the bridge.

On the bridge, the away team find that Captain T'Vala too has been replaced. The player confronts T'Vala in her true, Undine form, but T'Vala escapes at the last moment. The player's ship hails the away team, informing the player that they are under attack by an Undine vessel that has entered the system, and that the player must return immediately.

The player returns to the Draylon System to find a massive Tethys Bio-Dreadnought has arrived to rescue T'Vala. Fortunately though, Starfleet has dispatched a battle group led by the U.S.S. Zodiac to repel the ship.

<name>, Starfleet Command wants an observer to evaulate your crew.

You've done great things for us, and we have no doubts as to your abilities. But we have missions ahead of us that require a ship and crew operating at peak performance, and Command wants to make sure that you're the right person with the right ship.

First, meet up with Captain Gorah in the operations room. He will accompany you to a war games exercise in the Draylon system and evaluate your progress as commander of the <shipname>.

<rank>, then you are ordered to proceed to the Draylon system for a combat training exercise.

Your opponent in the war games will be the U.S.S. Athens, commanded by Captain T'Vala. She is a formidable opponent, and the Athens has been upgraded with state-of-the-art technology. I'm eager to see how she performs in combat.

Your ship's computer will be modified so that you register hits and take "damage," but neither of your ships will be harmed.

Don't hold back, <rank>. We want to see what you're capable of.

Meet Captain Gorah in the Operations Room, and then go to the Draylon System, located in the Kalandra Sector of the Beta Ursae Sector Block, and rendezvous with the U.S.S. Athens for a combat exercise. 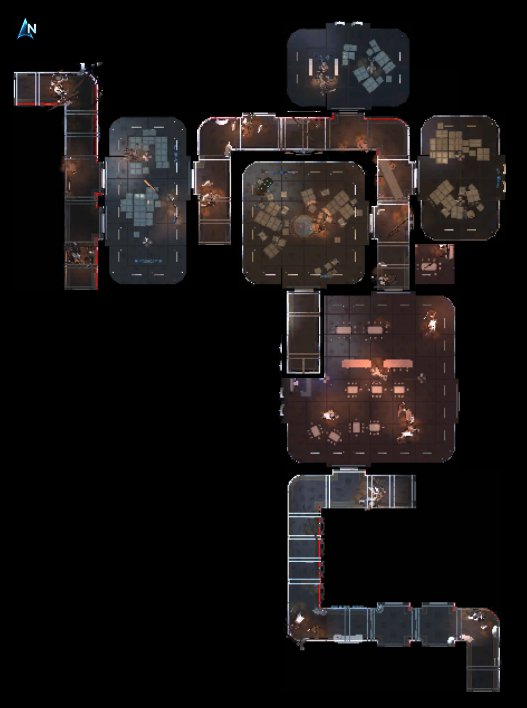 First deck of the U.S.S. Athens

Second deck of the U.S.S. Athens