The Big Dig is a fleet action near the Rator System in the Hyralan Sector of the Psi Velorum Sector Block. Captain N'Verix and the crew of the U.S.S. Phlox are on an archaeological expedition and need assistance defending from an attack of Romulans and Remans. Once you hail the U.S.S. Phlox and beam to the planet's surface, you'll be greeted by Lieutenant L'Ukar. 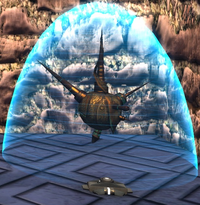 An artifact protected by a force field

Fighting the Fek'Ihri Demon on the Temple Summit

There are twenty archeologists in the excavation trenches, of which 16 have to be rescued (Federation) or 14 kidnapped (Klingon). Each archeologist is held captive in a force field which the player must deactivate. Be sure to open the crates as the player moves through the trenches. This will make the last few archeologists much easier to find, as the players tricorder will point to them instead of to the crates. A teammate should move around the map clockwise and another counter-clockwise. Using this method, the team can rescue all the archeologists before the crates have time to replenish their goods (and interfere with Tricorder scans).

Take 12 of the 20 force field generators from the trenches (the same ones you disabled to free the archeologists) and bring them up to the artifacts on the temple. You can carry up to five at a time.

To drive the Romulans and Remans off the planet and save the day, you'll need to defeat the Fek'Ihri Demon that they summoned from the gateway. This boss is at the top of the temple.

The Big Dig (Daily) version of this mission requires Federation players to scan 4 plants hidden among the trenches. On the Klingon version, they scan drill data. 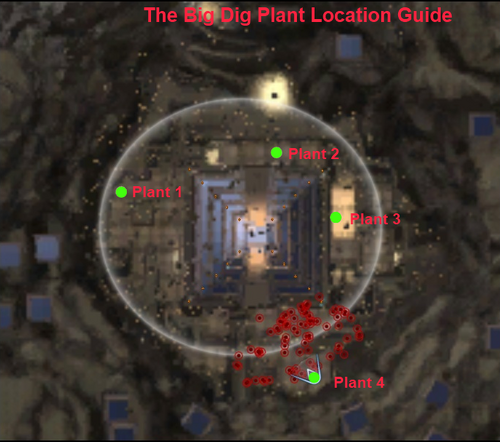