Terran Empire Incursion, also known as Mirror Invasion, is a 5-player mission. The group must defend Vauthil Station from a Terran Empire from the Mirror Universe.

This mission is only available during the recurring Mirror Invasion Event. It replaces the “Mirror Universe Incursion” mission.

Terran ships from the other side of the Mirror have launched an attack against Vauthil Station! Join forces with other Captains to push them out of our universe! 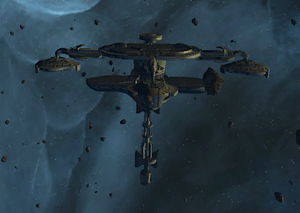 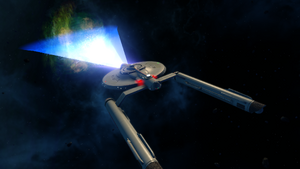 The I.S.S. London, one of several possible enemy flagships.
Forces from the Mirror Universe are trying to get a foothold here. Join forces with other captains to push them out!