In Preemptive Strike the player's vessel is sent to investigate the fate of a Starfleet task force in the Rator System, rescue any survivors, and confront a Romulan invasion force. 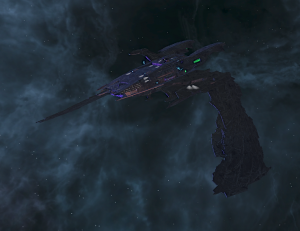 The player is sent to the Rator System to investigate the disappearance of a Starfleet task force on Rator III, and determine whether a Romulan fleet gathering there is a threat to the Federation. Upon entering the system, the player must defeat several warbird squadrons (including T'varo Light Warbirds, Mogai Heavy Warbirds, and Scorpion Fighters) and a number of turret emplacements. Once the defenses are down, the away team beams to a Romulan military base on the surface.

On Rator III, the player disables a transport inhibitor and rescues the survivors of the task force, who were captured by the Romulans. Their leader, Lieutenant Tess, reveals that the fleet is preparing to invade Federation space (with Vulcan likely their main target) and that they plan to collect a number of subspace weapons from Rator before the strike. After Tess and her team are beamed to safety, the player's team locates the weapons and destroys them before returning to their ship.

In orbit, the player's vessel joins the U.S.S. San Jose's assault fleet and participates on an attack on the Romulan fleet. Eventually the enemy flagship, I.R.W. Decius, is destroyed and the threat to the Federation averted for now.

We're at the turning point, <rank>.

Starfleet sent a task force to father intelligence in the Rator system. We now have reason to believe that Rator is the gathering point for a fleet that will cross the Neutral Zone and attack Federation space.

The task force has failed to report in, and there is a strong possibility that they have been taken prisoner by the Romulans. Starfleet Command has decided that it is time for decisive action.

We are sending a fleet to Rator with two goals – rescue our officers, and stop the Romulan fleet before it can cross the Neutral Zone. The <ship name> will be joining that fleet.

I don't need to tell you how important this is, <character name>. If this goes poorly, the Federation will be embroiled in a second war. The potential for loss of life is unimaginable.

Join a fleet going to the Rator System, located in the Hyralan Sector of the Psi Velorum Sector Block, to confront a Romulan invasion force.

There are a number of accolades available from this mission;