Breaking the Planet is a fleet action near the Laurentian System in the Xarantine Sector of the Pi Canis Sector Block. The Klingon forces under the command of General D'ald have set up mining operations on a planet in Federation space. Once you beam to the planet's surface you will be greeted by Security Chief Thompson. 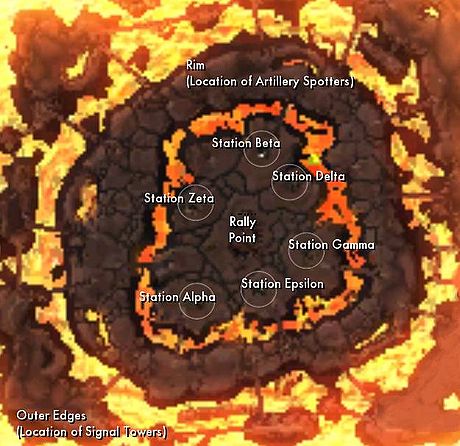 To destroy the mining equipment you must set five spatial charges at stations Alpha, Beta, Gamma, Delta, Epsilon, and Zeta. Use the map for reference if you cannot find a station. You can acquire the spatial charges from the crates at the rally point near the center of the map. You may only hold one charge at a time, so you will need to make multiple trips. 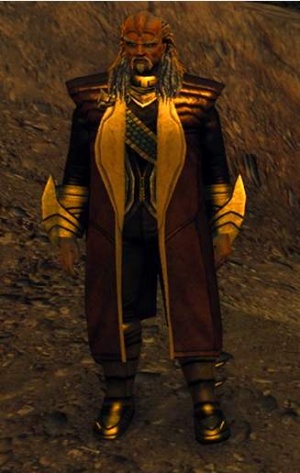 Once all six mining stations are destroyed, make your way up one of the ramps to the rim encircling the center area of the map. Here you must find and defeat twelve Artillery Spotters in order to obtain the access codes to disable the turrets.

Once you've defeated the Artillery Spotters, the turrets will be disabled so you can make your way up to the outer edges of the map. There are twenty signal towers around the outer edges. Eliminate the Klingon warriors and use the signal towers to jam the Klingons' transmissions. If you can split into two groups, move in opposite directions around the map to access the consoles at the towers twice as quickly.

Once all the Klingons' transmissions have been jammed, make your way back to the rally point at the center of the map. You will find the Federation NPCs under siege by a seemingly endless army of Klingon warriors. Eliminate 100 Klingons to complete this Fleet Action. 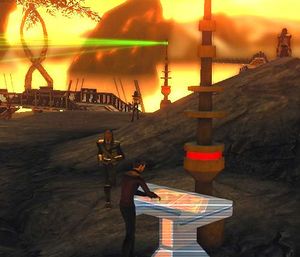