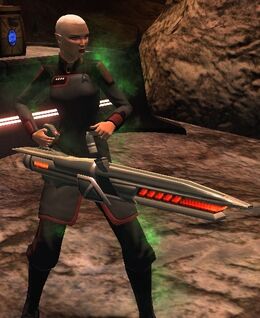 The Mirror Chief is a Captain-level Terran Empire ground boss. They are armed with a Phaser Assault Minigun and stand out from other Terran ground forces with a red-and-black-shouldered, gray Admiral Jacket.

Mirror Chiefs have no special abilities to set them apart from other ground troops.

The following missions contained a Mirror Chief, but have since been removed from the game;