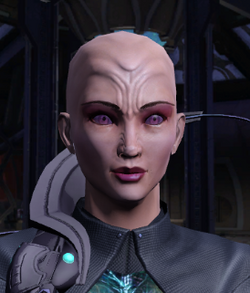 The Lukari are reclusive, but friendly

The Lukari Concordium is the official state of the Lukari people. Members of the Concordium led a reclusive life until their first encounter with the Alliance.