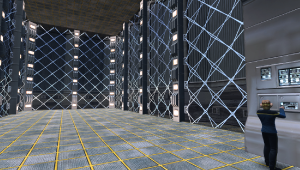 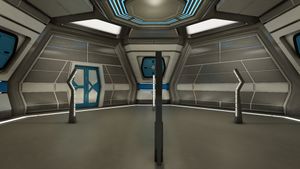 A Holodeck or Holosuite is a room specifically equipped with holographic emitters capable of projecting photons and force fields to create the physical illusion of matter. As such they can simulate an object, environment or narrative scenario in a completely immersive environment. They are also capable of creating sentient Photonic beings.

Holodecks became common on Federation starships in the 24th century to provide training and entertainment. Their more primitive fore bearers date back to at least the 23rd century.

Some factions will play certain missions in holodeck simulations. Namely, Age of Discovery missions in the 2250s are, for non-DSC Starfleet captains, just simulations. Also, all pre-Gamma Quadrant missions for Dominion characters are in the holodeck. The below missions are examples of simulations for all players.