Latinum is a rare silver liquid used as currency by many worlds, most notably the Ferengi Alliance. Latinum cannot be replicated and the reasons for its rarity are unknown. Latinum is usually suspended within the element gold to produce the currency Gold Pressed Latinum (GPL)

Denominations of gold-pressed latinum, in order of increasing value, according to canon include the Slip, the Strip, the Bar, and the Brick. Within Star Trek Online, the Latinum Ingot and the Latinum Pile are also mentioned as potential denominations. The Ingot is positioned between the Strip and the Bar, the Pile is placed after the Brick.

Currently the only methods to acquire Gold Pressed Latinum are by selling Prototype Consoles to the Ferengi Collectors, purchase Gold-Pressed Latinum Package from the Exchange, gambling with Energy Credits

via the game Dabo, certain duty officer assignments, and through missions in the Ferengi Admiralty campaign. Gambling in Dabo is a conversion mechanism to buy GPL for EC at a rate of approximately 1:1.37. 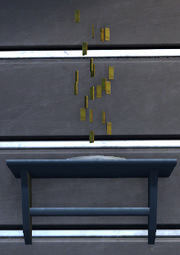 One hundred slips of gold-pressed latinum are equal to one strip. 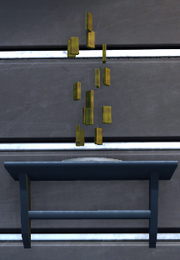 Twenty strips are equal to one bar of latinum. The exchange rate from strips to ingots is unknown, but presumably less than twenty strips. 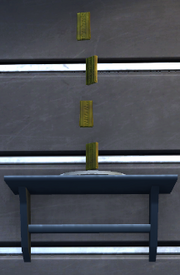 The exchange rate from ingots to bars is unknown. 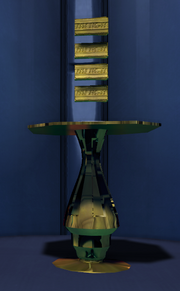 One bar of gold-pressed latinum is equal to twenty strips or 2,000 slips of latinum. The exchange rate from bars to bricks is unknown. 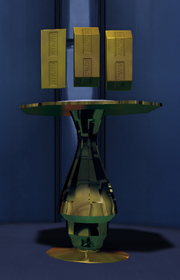 The exchange rate from bars to bricks is unknown. 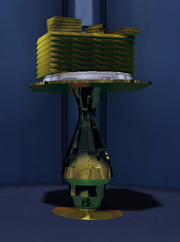 Piles are a hypothetical currency denomination. The exchange rate from bricks to piles is unknown.