Freighters consist of a small group of playable starships with onboard amenities, as well as three sub-types of NPCs.

A number of playable starships come with onboard amenities such as Bank access.

Freighters are operated by civilians, primarily used for business ventures. When operating in Federation space, most freighters feature the S.S.-registry for civilian ships.

This common freighter is bases upon Cardassian and Klingon freighter designs being in use in the late 24th century. Ships of these type can be found in many different corners of the Alpha and Beta Quadrants. 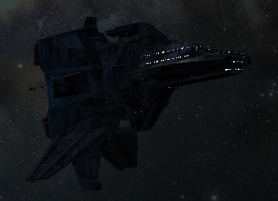 This type of ship is based on the same fore section as the standard Freighter class configuration but is significantly shortened. It may also be used as a light freighter.

This type of ship is based on the same frame as the standard Freighter class configuration but is significantly prolonged. It's the largest civilian ship encountered in STO as of yet. Long Freighters feature much more cargo space than the other sub-types, explaining their wide-spread use. 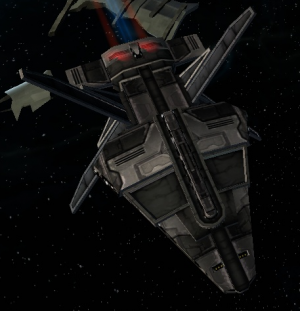 Light Freighters are of completely different configuration compared to the other freighter sub-types. Their design has been widely used in this part of the Galaxy since at least the mid-24th century. As with all freighters. purpose of Light Freighters is to transport cargo throughout the quadrant. Armed versions of this design are also used as a Frigate by the Acamarians as well as assorted minor species.