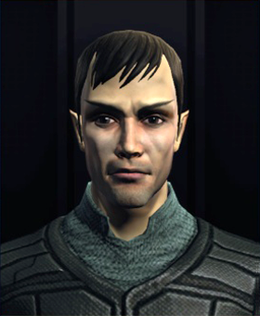 Toran is a Vulcan working for Starfleet Intelligence, on a deep cover assignment gathering information on the Orion Syndicate. His real name is "Volar", however, he has assumed the identity of a Romulan mercenary named "Toran" as a cover.

Toran is the handler for Selomi, offering her support and relaying communications to and from Starfleet Intelligence.