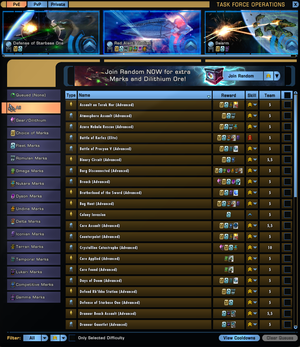 On April 18, 2019, a new system was added to Star Trek Online alongside the Featured Task Force Operation, “Operation Riposte”. Players could earn progress toward one free Tier 6 Starship by participating each day (every 20 hours) in Featured TFO Events from April 2019 to August 2019. This was later expanded upon in September and October of 2019 with the addition of a new Event tab in the Mission Journal, which allowed for multi-event Event Campaigns to be ran. 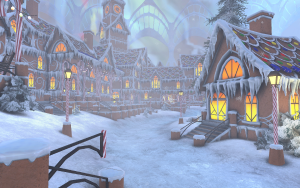 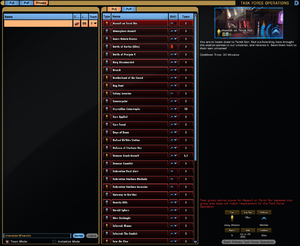 Featured TFOs and calendar (e.g. Seasonal or Special) Events award Daily Progerss every 20 hours across the account, allowing players to claim special rewards. FTFOs are usually for a 3 week period only before the end; although they usually return later as a regular TFO without the commendation reward. Calendar events are for 4 days but repeat with different rewards on each run.