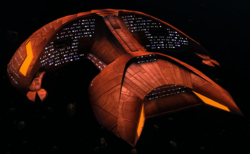 This article refers to the Ferengi faction. You may instead be looking for the species Ferengi

The Ferengi Alliance is the official governing body of the Ferengi and located in the Alpha Quadrant in the vicinity of the Cardassian Union and the Breen Confederacy. The capital city is located on Ferenginar, the Ferengi home world. The Ferengi Alliance maintains technology exchange programs with the United Federation of Planets and by 2409 has become a member; however, it remains neutral during conflicts but was forced to act during the Iconian War.

Current political leader is Grand Nagus Rom, a male Ferengi married to the Bajoran Leeta. The Alliance maintains friendly relations with the Federation. Ferengi traders can be found throughout the Alpha and Beta Quadrants, e.g. at Deep Space 9 and Drozana Station. There is also a large number of Ferengi serving in Starfleet, like Lieutenant Karbo or Captain Nog, the latter being son of Grand Nagus Rom and the first Ferengi to join the Starfleet. Despite that, the Alliance does not take part in any of the Federation's conflicts, maintaining a neutral position on the interstellar stage. As a result there are also Ferengi barkeepers working in Klingon space, e.g. in the Forcas System. Rom has designated Quark's Bar on DS9 as the Ferengi Alliance's official embassy to the Federation. 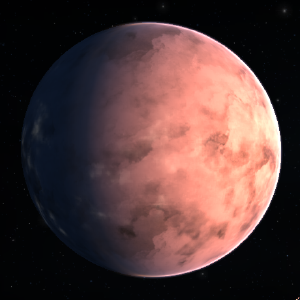 The Ferengi Alliance formed ca. 10,000 years ago and Gint would be the first Grand Nagus. Official first contact between the Ferengi Alliance and the Federation occurred in 2365, although unofficial contacts took place as early as 2151. By 2369, Zek was Grand Nagus, who appointed Rom to succeed him in 2375.

In 2386, protests rocked the capital of Ferenginar after Grand Nagus Rom used tax proceeds to start free schools. Many Ferengi saw the free education as an assault on traditional values, and the demonstrations continued until Rom charged each protester ten slips of latinum for mass assembly without a proper permit. To get a permit to protest, Rom charged a bar of latinum and proceeds were used to fund the educational system.

The following year, social and economic reforms pushed by Grand Nagus Rom were a topic almost as important as the stock market. After several lawmakers were paid to vote against it, a bill which could have allowed the Ferengi Alliance to formally ally itself with the Federation was officialy rejected.

In 2405, Rom used a portion of the profits from his trade agreements with the Cardassians to finance the passage of expanded technology and information sharing agreements with the Federation. When opposition from the Economic Congress of Ferengi Advisers proved too costly to overcome, Rom took his victories and ended his fight for a formal alliance and membership with the Federation. 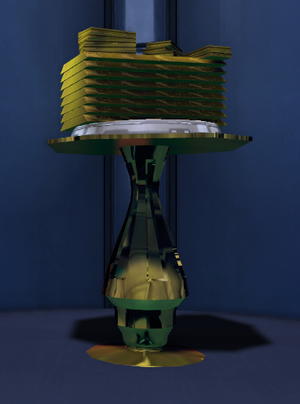 Gold-pressed latinum - material wealth is the heart of Ferengi culture

Ferengi value material wealth above all and have developed the so-called Rules of Acquisition which describe how to gain more wealth - especially in the form of gold-pressed latinum. Not long ago female Ferengi were banned from making profit and wearing clothes. This has changed and the administration of Grand Nagus Rom maintains gender-equality. Still, some females may feel scandalous by wearing clothes in public.