The Exocomp companion is a non-combat ground pet that can be activated if present in your inventory and can be triggered via ground powers. It can be purchased from the C-Store for 300 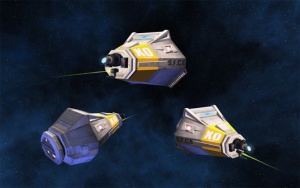 Official screenshot from the C-Store.

Originally developed in the mid-24th century for industrial use, the first exocomps were designed to be problem solvers. Due to the adaptive nature of their design, these exocomps evolved, gaining sentience. These new lifeforms were given the materials and freedom to develop and could not be forced into Federation service without their consent.

Now a companion model of exocomp is available for Federation captains! The companion exocomp is a summonable, non-combat pet. It does not use a device slot, but must be in your inventory to be summoned.

Purchase of an Exocomp pet is a single item, one-time unlock.