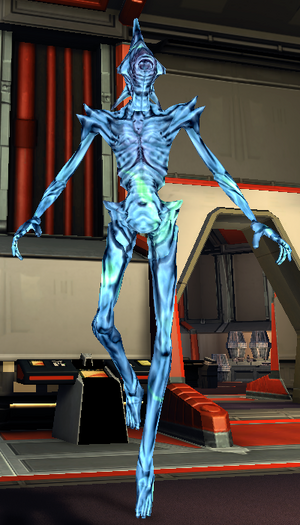 An Eidolon is a type of Devidian with advanced Psionic powers. Eidolons are capable of laying down heavy Psionic fire on a squad of targets as well as supporting their own squad. They can cause large amounts of trouble if left unattended due to their varied abilities.