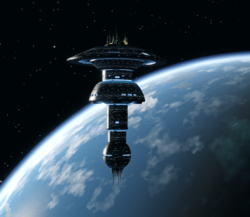 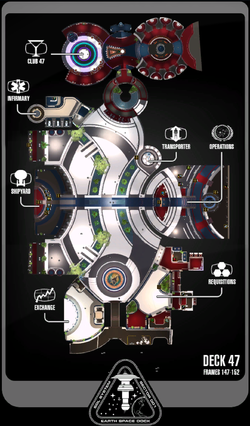 Earth Spacedock is a facility orbiting Earth in the Sol System and serves as the main hub for all Federation players.

Although Earth Spacedock's main frame has originally been constructed sometime prior to 2285, it has since been outfitted with state-of-the-art technology. As of 2410, the commanding officer of the station is Captain Akira Sulu who handles organisational businesses for the station's Commander-in-Chief Fleet Admiral Jorel Quinn.

Starships in the vicinity[edit | edit source] 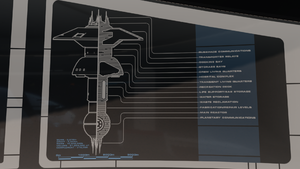 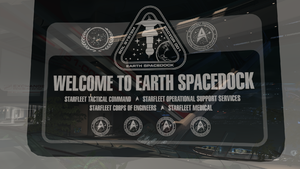 This is the room you are first in when you beam down to Earth Spacedock. You can also beam down to Starfleet Academy from there. 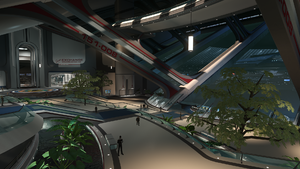 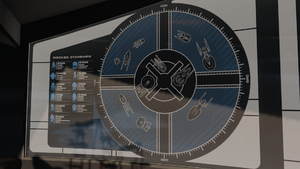 The Main Concourse is the central plaza of Earth Spacedock's deck 47. At the Shipyard, players can select and customize their starship, as well as obtain new vessels. 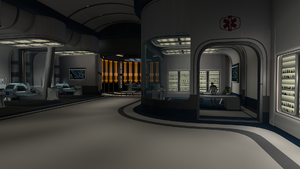 The infirmary of Earth Spacedock's deck 47. 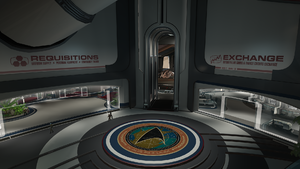 Requisitions and the Exchange 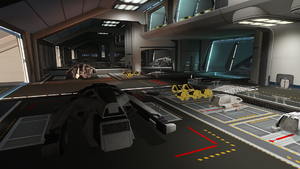 View of the shuttlebay adjacent to the Requisitions area

This is where players may purchase personal kits and equipment, as well as alter their appearance and costume, for a price. Players will also find the bank, their fleet bank, and the Exchange, where players purchase and sell items with other players. 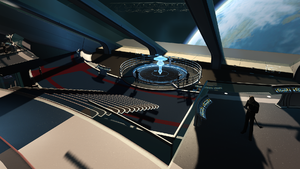 Earth Spacedock Operations, including the holographic representation of the station and stationed ships

In Operations, which is the location of the Admiral's Office, players can talk to Admiral Quinn and get information on what to do once they're commanding their first vessel. 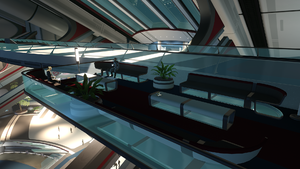 The Mezzanine is an elevated walkway accessible via the turbolifts. It allows an overview over the entire main concourse and shipyard. It offers seating areas, including a 3D-chess table, and is designed as a hang-out and relaxation area. It also contains a memorial plaque, dedicated to deceased Star Trek cast and crew. 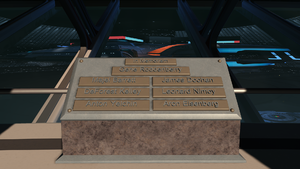 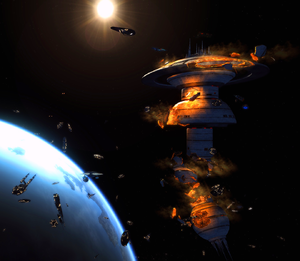 Earth Spacedock, heavily damaged by an Undine ambush in 2410