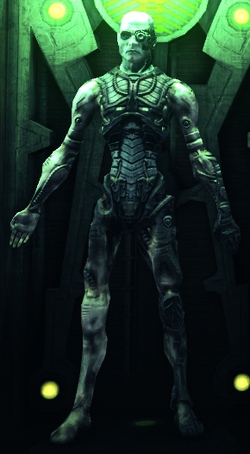 A "modern" Borg Drone in its alcove.

Borg Drones are the most basic Borg ground force.

Compared to those encountered in the 24th Century, the players encounter a different kind of Borg. They seem to have evolved into a more integrated cybernetic life form. Implants are more tightly integrated into the bodies. However these Borg do not demonstrate any noticeable differences in behavior or abilities than their predecessors. 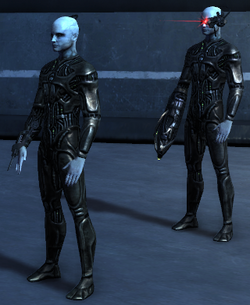 These Borg attack the U.S.S. Khitomer and Vega Colony during the mission “Khitomer Crisis”. They are very much known Drones; no different than those which Starfleet encountered on numerous occasions during the late 24th century.