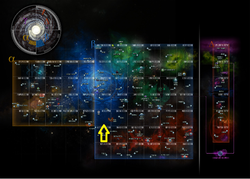 The Donia System is a system located in the Risa Sector of the Beta Quadrant.

The capital planet, Donia, is abandoned and devoid of life and the alien starbase Donia Space Station is nearby. There are anomalies in the system.

This world was once inhabited by a highly industrial society. Little was done when pollution began to damage the ecosystem, and when the vast forests that once covered the southern continent were destroyed to make room for more growth, the resulting greenhouse effect raised average temperatures by more than 10 degrees over a 200-year period.

In the late 2380s, the Federation helped the remaining population evacuate their dying world. 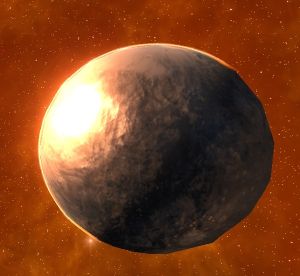 A moon in the Donia System.

The system consists of at least one planet, its moon and the nearby asteroid field and space station. The debris stretch from Donia's orbit toward its moon while Donia Station is located clearly outside the field. 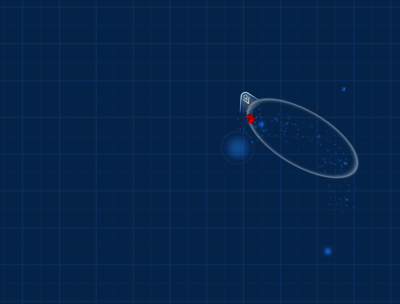