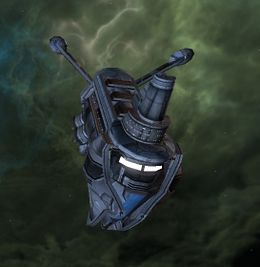 The Deferi Frigate is a medium sized frigate used by the Deferi people. Two variants are in use. Ships of this class are armed with a single Phaser Cannon, however, some of these ships aren't armed at all. Deferi Frigates are no match for ships of the Breen. 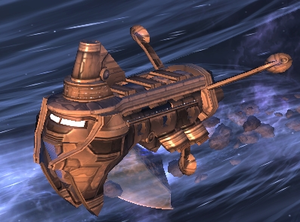 The Paktau type bears a strong resemblance to the larger vessels of the Deferi Cruiser class. The tubular main section features three nacelles at its rear end in addition to a large engine exhaust. The forward section is vertically oriented. The Paktau type is called Generic Frigate 2 in the Foundry. 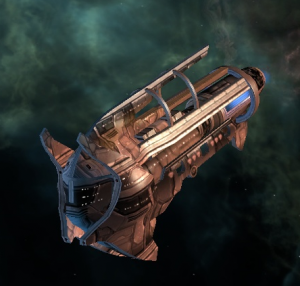 The engines of the Sabok type, which has the same size and capabilities as the Paktau type, consist only of an large, rocket-engine-like exhaust at its aft end. Two short spikes extend form the forward section in upward direction. In the Foundry, the Sabok frigate is referred to as Generic Frigate 2 Type 2.

The Deferi Frigate does not display any special powers.