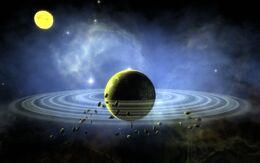 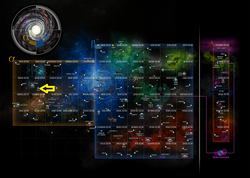 The Defera System is a system located in the Defera Sector of the Alpha Quadrant.

It is part of Deferi controlled space and contains their homeworld, Defera. The Deferi Space Security is responsible for the defense of the system.

Deferi lore refers to an ancient race known as the Preservers, who are believed to have settled the Deferi on their homeworld. Archaeological evidence found in ancient Deferi ruins supports this conclusion and the Breen scour these sites for advanced technology.

The homeworld of the peaceful Deferi, Defera is a ringed, M-Class world with a population of approximately 3.8 billion. Deferi value the Balance of being close to nature, and many will work in cities but have homes in nearby forests or mountain ranges.

In the past 30 years, the Deferi have become concerned that their growing population is out of Balance with the resources available on the world. They are increasing colonization of other systems in the region to rectify their population problems. 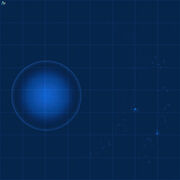 There aren't any anomalies in the system.