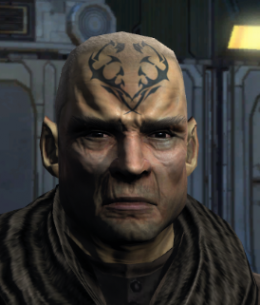 D'Vex is an engineer living at the Virinat colony in 2409.

Sometime before moving to Virinat, D'Vex served as Chief Engineer on an old T'liss Light Warbird commanded by Commander Malem. While serving on the vessel they responded to a distress call from a mining colony in the Eridan Belt but found no signs of life - only a strange beacon and some odd spore samples. Around 2399 his ship arrived at Virinat, the crew looking for a place to call home after Romulus had been destroyed 12 years earlier. They decided to stay, and with their help the floundering colony began to prosper again.

A few years later he picked up Tovan Khev, and several others from a mining colony in the Hfihar System and brought them to live on Virinat. He befriended Tovan and also showed him how to pilot his old warbird. 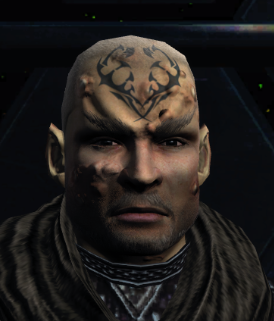 D'Vex after being rescued from the Elachi